Jim Marchant has been a leader and innovator in the computer software, Internet, and telecommunication industries beginning in 1984. He has founded and served as CEO and President of numerous technology companies.

In 1994 realizing the potential magnitude of the Internet, Jim founded and operated one of the first Internet service provider companies in the country. Being a pioneer in the Internet industry, Jim fought efforts by the Government to overly regulate the new revolutionary technology. And for that reason, Jim founded the Federation of Internet Service Providers of America (FISPA) and served as President for six years.

Under Jim’s tenure, FISPA formulated laws and lobbied the US Congress, FCC and State legislatures to enact most of the cyber laws that are in effect today.

Jim successfully lobbied against Internet taxation in Florida during the mid to late 1990s, receiving national press attention from both print and TV news media. This effort set a national precedent for no taxation on Internet access. As a result, most state legislators and the US Congress passed bills that would exempt consumers from paying sales tax on Internet access as well as no sales tax on online purchases through the Internet.

In addition, Jim successfully lobbied state utility commissions and the FCC to prevent the Internet from being classified as a utility keeping the Internet open and free from government regulatory control.

In 1999 Jim was appointed by the Florida Legislature and Florida Governor Jeb Bush to serve on the Florida Information Service Technology Development Task Force. This task force was established to automate Government agencies using the Internet to facilitate online interactions with its citizens.

In 1998 Jim raised approximately $17 million dollars to start one of the first VOIP telephone companies in the country and served as the CEO and President.

After retiring in 2003 Jim moved to Nevada in 2005 and continued to be active in politics.

In 2016 Jim ran for and won the Nevada State Assembly seat representing District 37 in Las Vegas. He served on the Commerce and Labor, Energy, Taxation and Government Affairs Committees.
After 2017 Nevada legislative session Jim was ranked as one of the top conservative legislators in the Nevada legislature by numerous conservative organizations.

In 2019 Jim filed to run in the 2020 election for the US House of Representatives representing Nevada’s 4th Congressional District. He very handily won the Primary and raised more money for the race than any other Republican candidate or incumbent in history.

In February of 2021, Jim announced his intentions to run for Secretary of State in Nevada. His number one priority will be to overhaul the fraudulent election system in Nevada.

On June 14th, 2022 Jim won the Republican Primary race for Secretary of State for Nevada. Despite over $2.5 million in attack ads against him, Jim overcame six other opponents winning almost 40% of the vote and winning by more than 38,000 votes.

Jim is prepared for his biggest challenge yet, to defeat a Democrat Harry Reid protege candidate in the upcoming general election on November 8th, 2022.

STOPPED INTERNET FROM BEING CLASSIFIED AS A UTILITY 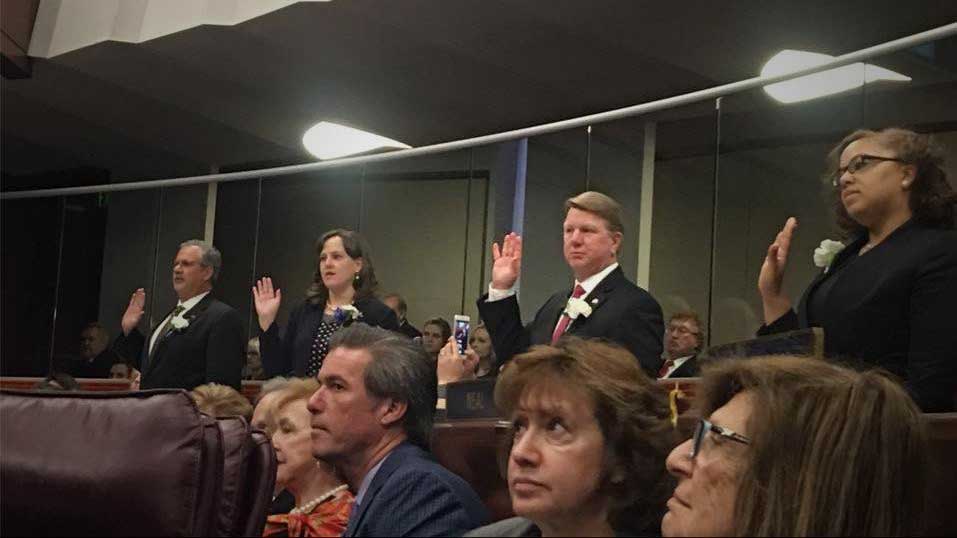