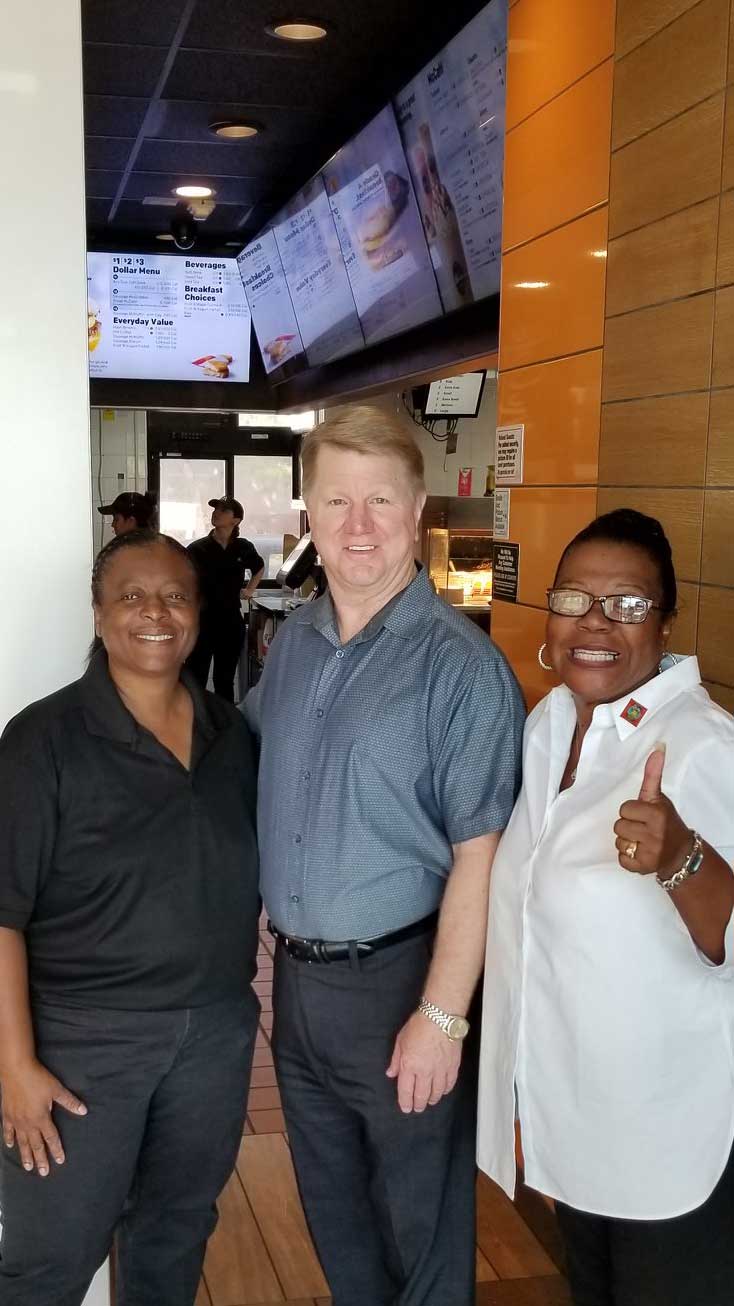 Prior to moving to Las Vegas Jim lived in Florida and was an entrepreneur and businessman since graduating college in 1978.

From 1978 until 1984 Jim worked in his father’s convenience store business. He began working as a clerk at one of the stores. From there he worked his way up to be a manager of a store and then ultimately Supervisor of all stores.

From 1984 until 1996 Jim founded and operated a Computer Software Company serving customers nationwide. He was CEO and President.

In 1994 seeing the future of the Internet Jim founded and operated one of the first Internet service provider companies in the country and served as CEO and President.

In addition, Jim successfully lobbied state utility commissions and the FCC to prevent the Internet from being classified as a utility keeping the Internet open and free from government regulatory control.

In 1996 Jim successfully lobbied against Internet taxation in Florida during the 1996 Florida legislative session and received national press attention that included television, national newspapers and magazines.

This effort was instrumental in setting a national precedent for Internet taxation. As a result, the 1996 Florida Legislature, most other state legislatures and the US Congress passed bills that would exempt consumers from paying sales tax for access to the Internet as well as sales tax on online purchases through the Internet.

In 1999 Jim was appointed by the Florida Legislature and Florida Governor Jeb Bush to serve on the Florida Information Service Technology Development Task Force and served as Chairman of the E-laws: Regulatory and Administration committee.

From 1999 until 2002 Jim advised Governor Jeb Bush and the Florida Legislature on technology issues pertaining to the State of Florida.

Also in 1999 Jim was appointed to the Florida Chamber Management Corporation Board of Directors.

From 1999 to 2003 Jim raised approximately $17 million dollars to start one of the first VOIP telephone companies in the country. He served as CEO and President.

From 2005 to present Jim has been semi-retired living in Las Vegas and tending to business investments.

In 2016 Jim ran for and won the Nevada State Assembly seat representing District 37 in Las Vegas. He served on the Commerce and Labor, Energy, Taxation and Government Affairs Committees. Having served in the Legislature and being an outspoken Conservative in the Nevada Assembly, he has been recognized as a leader in Nevada politics.